Now that competitive matchmaking will be released in VALORANT with the upcoming patch 1.02, the developers behind the game give some more information about the updates and what you can expect from it.

First and foremost the team made some changes to the ranks itself. After listening to player feedback they decided to make the rangs more easy to distinguish and they replaced the VALORANT rank with ‘Radiant’ to eliminate any confusion between the rank and the game title. The ranks are now made up of Iron, Bronze, Silver, Gold, Platinum, Diamond, Immortal and Radiant. 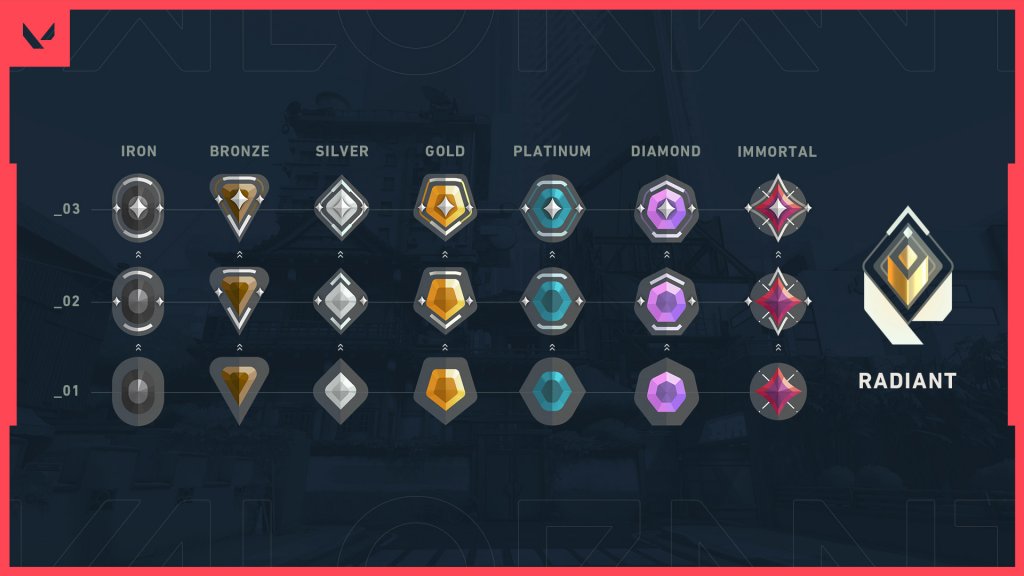 Going forward, the developers also made it easier to play with teammates in placement matches. Matchmaking with friends who have a (reasonable) difference in rank will be possible as efforts are also made to make the matchmaking as balanced and fair as they can by taking premades into consideration. When it comes to Immortal and Radiant rank, Riot says they are still looking for ways to make matchmaking even more fair.

It’s the moment you’ve all been waiting for… Senior Producer Brighteyz updates you on what Ranked and Competitive mode will look like for launch. https://t.co/ZDrFC1Gwtr

With the release of the patch also comes the start of a VALORANT act, during which players can track their competitive rank progress. This progress will also be visible in your match history. You’ll mostly be judged on how fast you climbed, your number of wins and the amount of wins at your highest achieved rank.