Valve’s new Dota 2 Battle Pass for The International 10 is already breaking records in sales. Check out how you can level up and claim the new special rewards.

There is a plethora of new items, rewards, features and quests in the new Battle Pass. We broke down the basic methods on how to gain levels and unlock the new content – which includes three new Arcanas and two Personas.

Usually, the highlight of any Battle Pass used to be the special Arcana specifically designed for one hero. An Arcana is a special skin that comes with particle effects, animations, icons, sounds and new lore. Valve surprised their fans this year by not just including one Arcana in the Battle Pass, but three different ones: for Wraith King, Queen of Pain and Windranger.

On top of that the Battle Pass includes two new Personas which are equally exciting. A Persona is also a skin, but it’s an alternative version of the hero. The only Persona so far has been Young Invoker which portrayed the mage as a child. Now the Battle Pass offers two more Personas at once: a female version of Anti-Mage, as well as the butcher Pudge as stuffed toy plush.

ICYMI: The International 10 Battle Pass comes with 2 Personas and 3 Arcanas along many other things. Unlock them all by reaching Level 575 where @SirActionSlacks pain resides. pic.twitter.com/gfJ5ptWtnM

Get your Battle Pass started

Once you’ve purchased your Battle Pass, you have access to your level progress bar which shows all rewards at each level. You can claim the gifts once you’ve reached the corresponding level. Tip: don’t just buy the Battle Pass for yourself, gather some friends and gift it to each other. This will not only give you a nice title in your profile to show off but also earn you extra points and levels!

The level bar is basically endless, but the last interesting reward comes at level 2,000. When unlocked, the player receives a Roshan statue in real-life.

How to level up and unlock rewards

There are more possibilities than ever before to gain levels. The easy way: you can simply buy levels with real money. The fun way: complete challenges, quests, guild contracts and more!

The first place to go should be the Cavern Crawl. There are three paths, one for utility heroes, one for carries and one for supports. You advance the paths by fulfilling specific quests on certain heroes, winning the game and earning level points this way. Once you’ve reached the end, there are three special skins waiting to be unlocked.

No matter if you choose a Cavern quest for a game or play something else, you can always wager and place tokens at the beginning of a match. If you win, you earn additional level points. 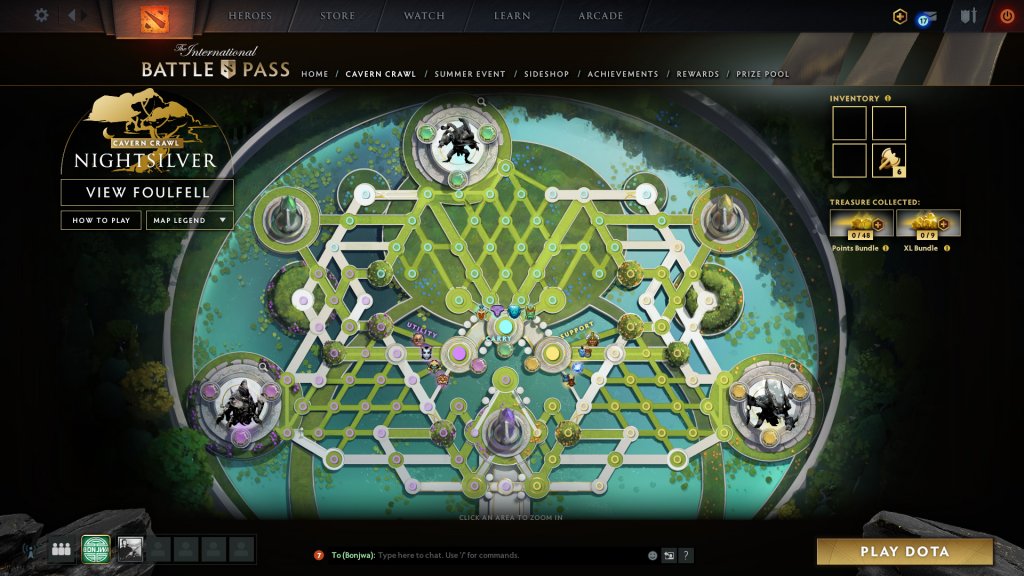 Under the tab “Achievements”, you’ll find lot more quests to complete. While the Cavern Crawl is tied to heroes, the achievements are quite general and easier to accomplish. This includes giving players a high five, earning trivia points in the quiz you get while searching for a game, tipping other players and so on. 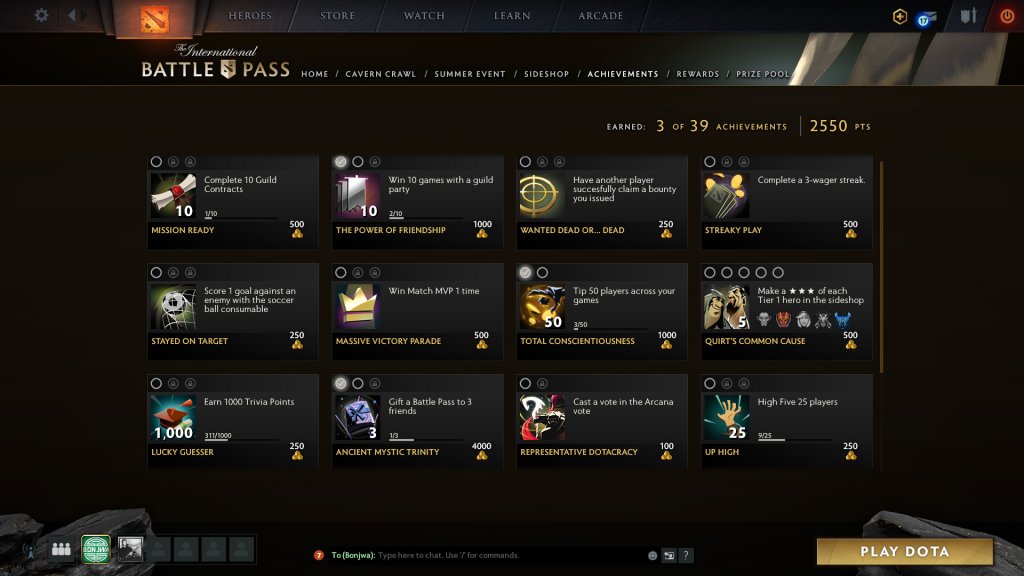 The new Battle Pass offers a Sideshop for the first time. You earn gold, for example in level rewards, and use it in the Sideshop. There you can play a mini-version of Dota Underlords, recruit Dota heroes, sell them and redeem rewards. 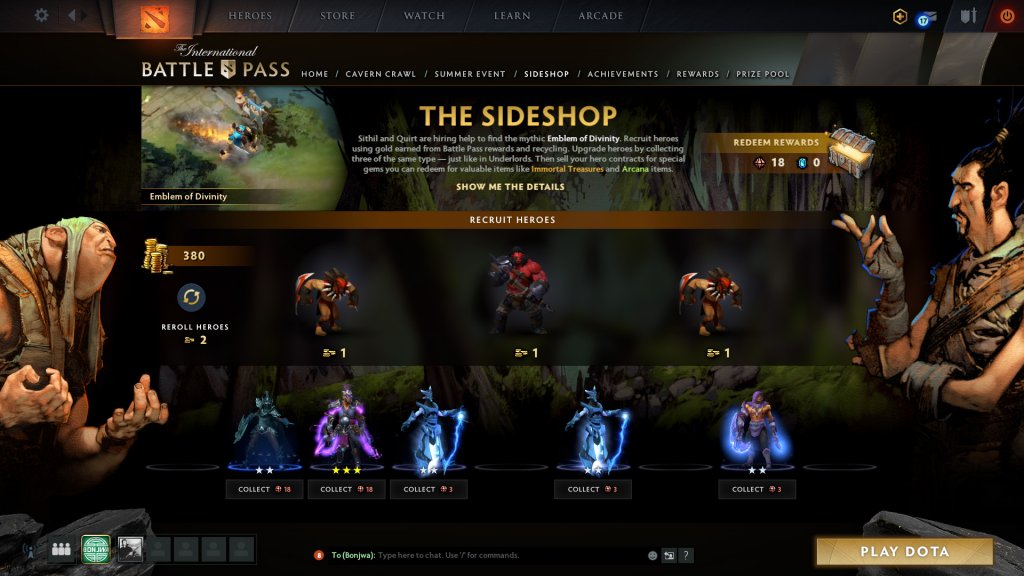 Another new feature in this year’s Battle Pass are Guilds. You can join or create your own guilds together with friends and play with a team-name and banner. On top of that, there are special Guild quests and contracts you can collect for more points and unlock special Guild rewards.

A new world record in esports?

No matter if you are a Dota fan or not: if you know esports, you know The International (TI) because of its insanely high prize pool. Last year, it boasted a total of $34,330,068 – thanks to the Battle Pass.

Traditionally, 25% of all earnings made from the Battle Pass go towards the TI prize pool. Each year, the community outdoes itself and establishes a new world record for the highest esports prize pool. Within only three days since its release, the $10 million mark has nearly been breached. If the trend continues, the Dota community might reach the milestone of $40 million.

First 24 Hours — TI9 shattered pretty much every record but somehow the Dota community manages to shatter even that crazy record with another new one. ABSOLUTE BONKERS!! #TI10 #Dota2 pic.twitter.com/oQdESMIsn7

You want to help improve our website? Leave us a feature request here!