The ranked ladder in League of Legends can be quite menacing. How do you get to the top of that ladder? Let us take a look at some unexpectedly strong champions for each role to climb with! 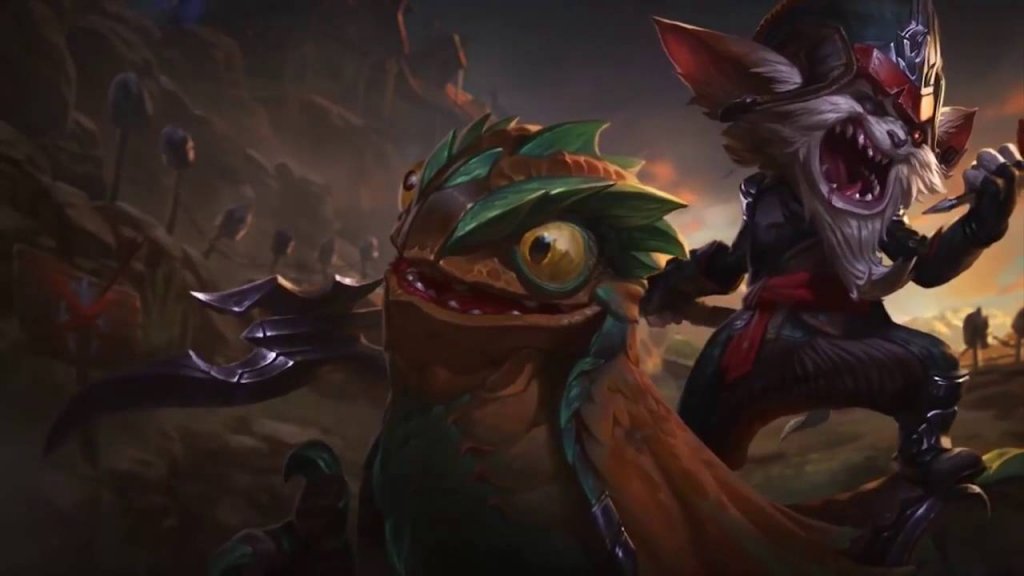 The toplane has always been regarded as an island. The champions played here are mostly self-sufficient bruisers or tanks, fighting in a one versus one against their opponent. Although bruisers might have teamfight and splitpush options, tanks mostly join their teams later in the game to solely teamfight. This can be said of the last couple of seasons in League of Legends. A more unexpected pick to climb the ladder with, might just be Kled.

In patch 10.12 he has very good match-ups and is only hard countered by Fiora. That makes him a possible blindpick, since Fiora is quite a niche pick and you instantly force the enemy team’s hand, because Fiora will always want to splitpush. Kled has multiple options. He has good enough stats and build paths to go for the splitpush but can also join his team with his ultimate ability which is a great engage- or flanking- tool. Combine it with a Black Cleaver and Deaths Dance, and you will be a nightmare for every carry. 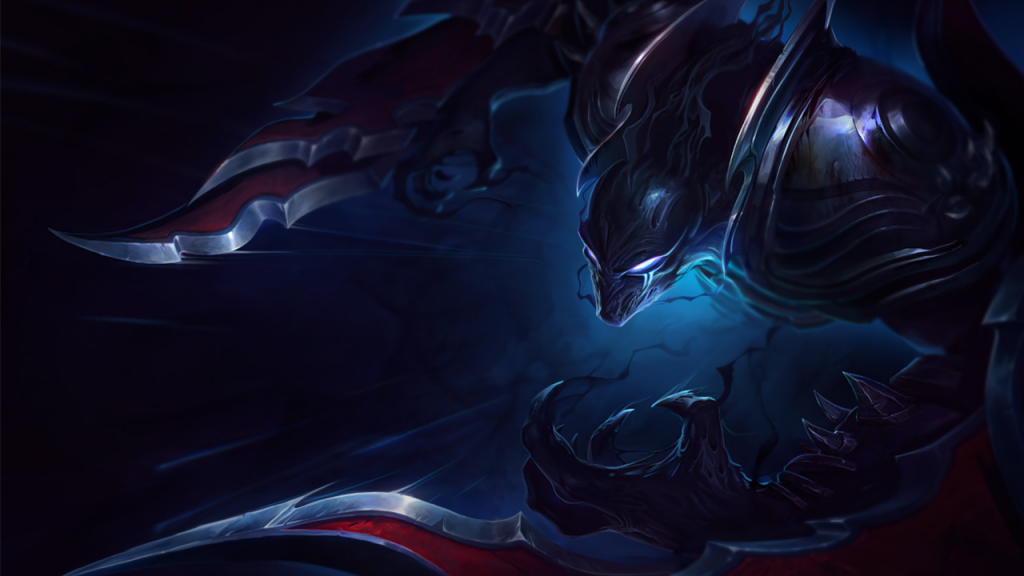 Where the top lane has had a more steady playstyle over the years, the jungle has been constantly changing. It might be the hardest role to master, but some say it’s the easiest to climb when mastered. A good pick to do so and one that will almost always slip through the banphase is Nocturne. He is very efficient in clearing the jungle and has to do so until he gets his ultimate.

Once he is level 6, he can set the pace for every team composition. No lane is safe and no sidelane can be splitpushed without having to fear a collapse of this literal nightmare. Although his early game might be a bit weak, you can make up for it after level 6. Going down a more assassin build-path, you could try to look for quick and unexpected kills on carries. Another possibility is a more bruiser one, where you focus more on the engaging itself. It all depends on what your team needs. 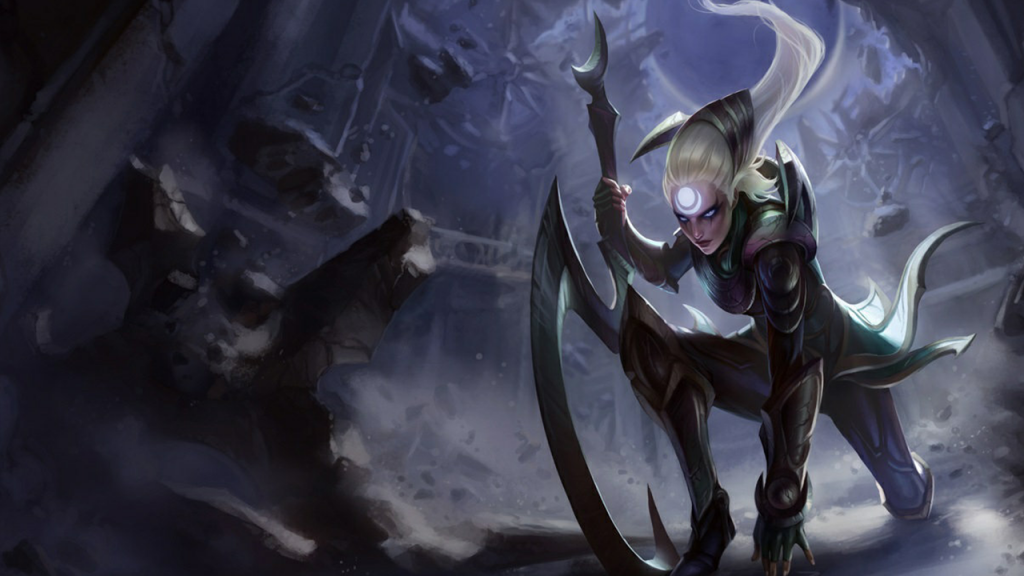 At the base of every summoners rift game there’s the midlane. A lane once dominated by assassins, but now in a more balanced state where a bigger variety of champions can be played. Our pick for an unexpectedly good midlane champion is Diana.

Her early laning phase is one of the toughest challenges to go through when playing her, but once she hits level 6 she has nice options to shove the lane and roam to another. Her late game engages can also be nicely followed up by a lot of team compositions and her assassin-like playstyle can be mixed up with a steadier fighter one, giving her team more time to follow up, but still outputting a lot of damage. 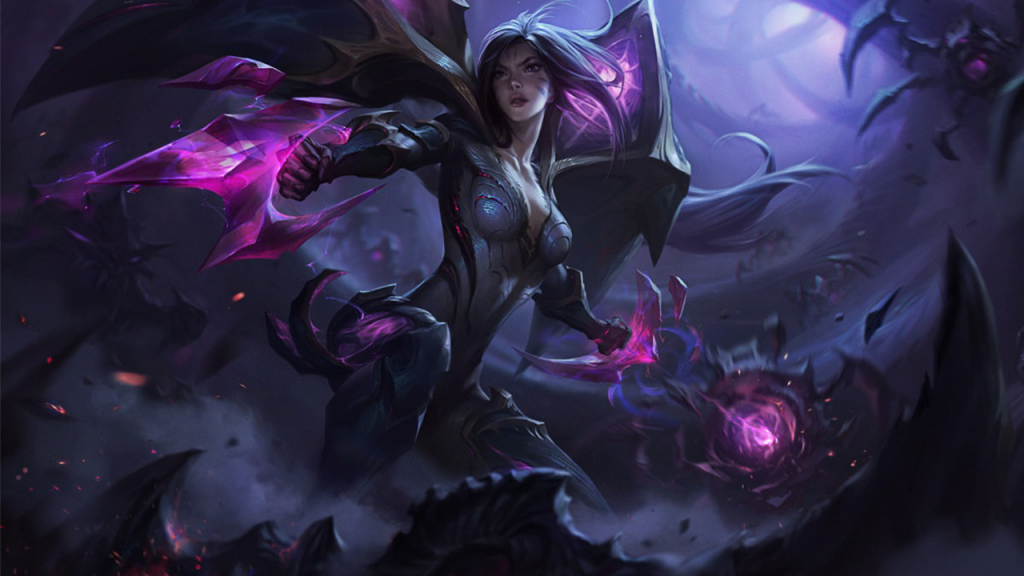 The next lane is the bottom lane. The bot lane is one of the more vulnerable roles to play right now, due to the squishiness of the champions. It is important that you can secure your own safety whilst putting out the most damage possible in every teamfight since it’s still solo queue and you cannot rely too much on your team. That is why Kai’sa might be a very good pick.

Her kit exists of high-burst damage, long range dash and the safety of invisibility and a shield. Combine that with the fact that she can explore multiple build paths and you are set to go. Small warning, her laning phase is non-existent and you will have to survive it to shine in the later stages of the game. 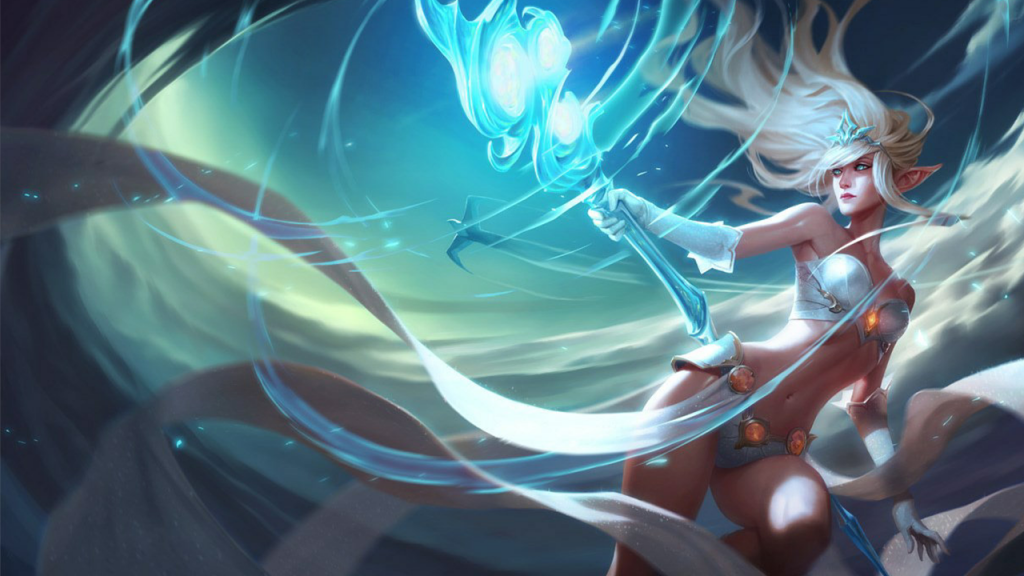 And last, but not least, we have the support role. There are a lot of champions that can be played here, but none are as reliant as Janna. The safety she offers her team is unmatched by any support. She can disengage any fight with her tornado or ultimate, she gives movement speed and damage stats, and when someone is about to die they get a shield or heal.

She must be played very carefully in the backline and since you are so squishy positioning is key. A clever use of your shield on the turret might deny the enemy a turret plate or two in the early stages of the game.

In solo queue it is important to remember that you cannot change anything about your teammates. Play the hand you were given and try to master your champion to perfection. Once you do that, you can carry the game and climb that ladder.