The launch of VALORANT also means that the new Battle Pass is now available to players. With the Battle Pass players can unlock cosmetic items such as skins, titles and player cards by just playing the game and earning XP.

First and foremost: Yes, you’ll have to pay to unlock the premium Battle Pass. The premium Battle Pass costs 1000 VALORANT points, which equals out to about 10$ or €10. That doesn’t mean that players who don’t purchase one are completely left out as there is still a free version available, they just get less items to unlock.

Launch into the VALORANT Battlepass. 10 Chapters with exclusive rewards. You know the deal. pic.twitter.com/S8ctevhufy

The VALORANT Battle Pass will progress in different acts as we start off with act I, called Ignition. In total you’ll have 50 tiers to unlock for the next two months before they move on to the next act. As mentioned earlier, people who bought the premium Battle Pass will have a lot more items available compared to the free Battle Pass. 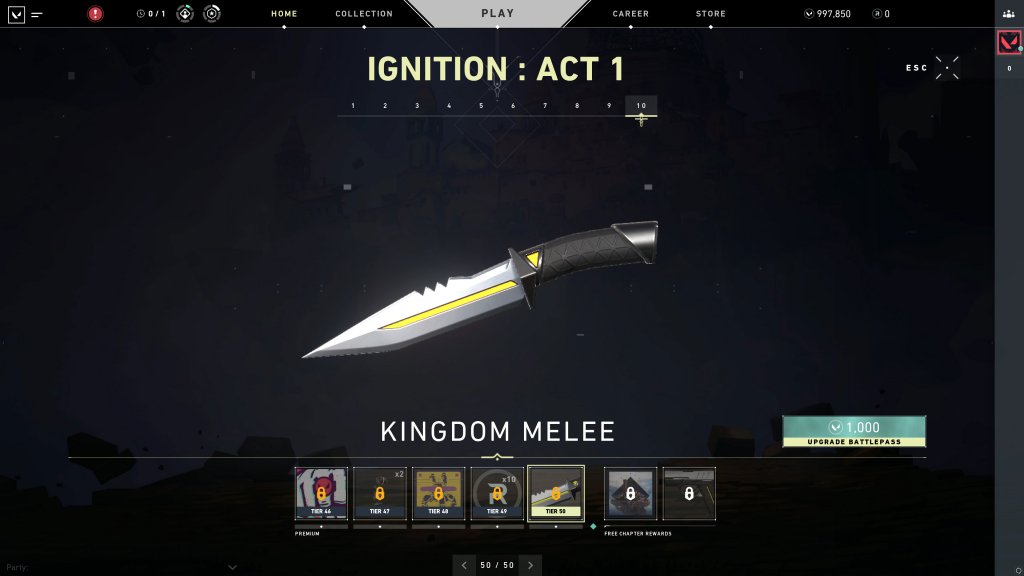 The Battle Pass itself is broken up in 10 different chapters, with each chapter containing 5 premium and one free tier. You’ll complete a chapter when you unlock every item available. People who choose to pick up the premium Battle Pass later on will still be able to go back and unlock their premium tiers.

Rewards can range from certain weapon skins, sprays and Gun Buddies to player cards and titles you can use to customize your VALORANT profile. The items you’ll receive will be exclusive to the Battle Pass for now, as your progress will be locked when a new Battle Pass comes out.