100 Thieves might be the first of many teams and players who desire to play in EU instead of NA. There are many reasons beside the persistent corona pandemic. Here is why!

100 Thieves have been one of the most successful and popular esports organizations in Northern America. Only one year ago they signed the ex-Renegades roster. Now they have released their players to give them the opportunity to become successful in Europe.

You can read more about this in this article: 100 Thieves exit CS:GO

Europe is currently more attractive to CS:GO Players than NA

NA CS IS OFFICIALLY DEAD, I WENT & SAID IT.

No competition against other regions

100 Thieves CEO Nadeshot’s decision was based on the teams’ desire to compete in Europe. Due to the coronavirus, international games are cancelled and North America can’t compete against leading European teams. To provide the proper support for his players Nadeshot explained that 100 Thieves don’t want to hold back any players from achieving success.

That’s why NA Teams are in talks to go on European trips for end-of-season tournaments.  This would allow all the best teams in the two regions to compete against each other for the first time since IEM Katowice after the coronavirus pandemic upended the esports calendar and forced almost every major competition to be split into regional divisions.

No tournaments no income

The other problem might be the lack of tournaments in the NA region. Besides the BLAST Series and IEM Beijing-Haidian there’s no big events in North America. Bigger teams like Liquid pay their players large sums of money in salaries that they cannot afford based off incoming tournaments only.
Blast Premier will only provide an estimated prize pool of 50.000 US Dollar:

IEM Beijing-Haidian will provide a prize pool of 70.000 US Dollar:

But there’s hope! Flashpoint 2 has announced that it will create a tournament with teams from both regions, including Gen.G and MIBR. Also ESL plans to end the season with the IEM Global Challenge, an eight-team $500,000 LAN tournament taking place in Cologne on December 15-20. This tournament will feature four European, three North American, and one CIS squad.

The gap between teams in NA is gargantuan. Comparing the teams’ points it is easy to see. First place Evil Geniuses have 758 Ranking Points. 5th Place Team Triumph only gathered 41 points. Meanwhile, 10th place RBG gained only 18 Points. All in all the difference is gigantic. 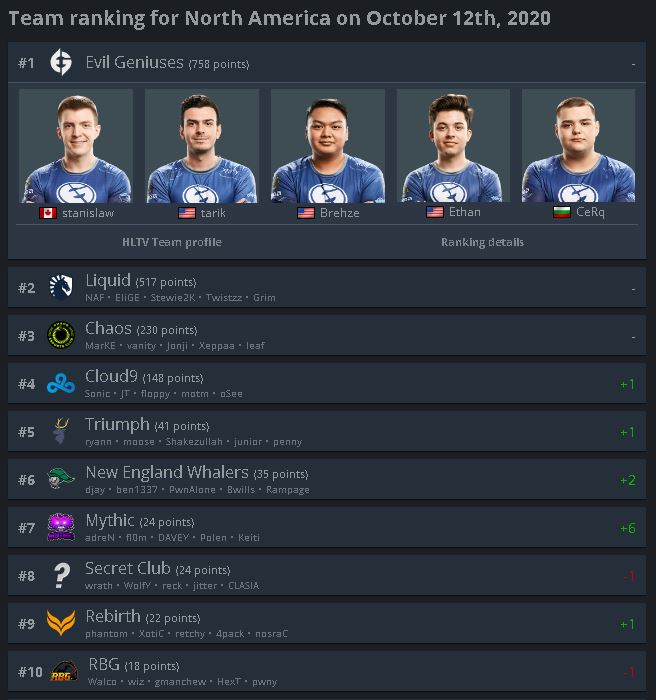 Here you can see how tight the competition between the European teams is currently. Astralis managed to become first place again with 969 Points, with OG on fifth place with 591 Points and 10th place mousesports with 389 points. 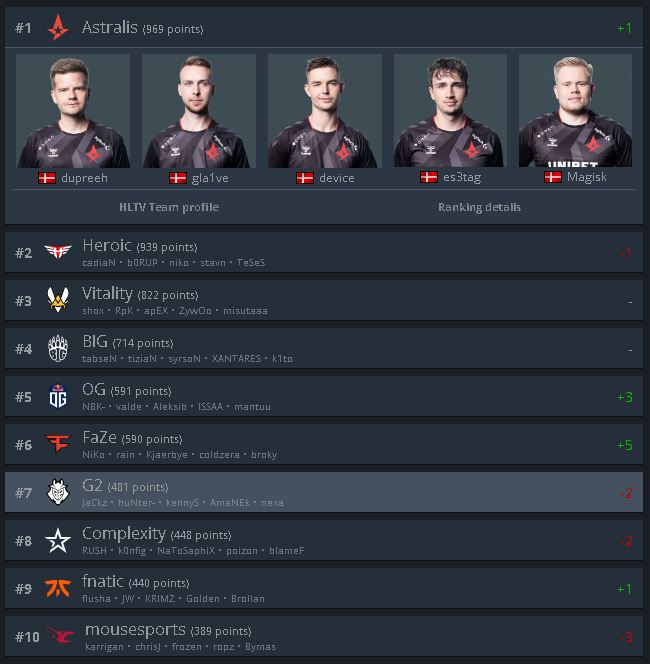 So is it dying?

Counter-Strike in North America is currently in a critical state. A solution has to be found to have international games or to promote regional tournaments better to generate more prize money. The COVID-19 pandemic will still limit all regions in the future until there is a working vaccine. It is difficult to say if the CS:GO scene will die. But it is certain that it is currently headed that way.
What do you think about the NA-CS:GO scene right now? Join the discussion on social media or our Discord!

You can also help improve our website by submitting direct feedback!