League of Legends Champions Korea (LCK) starts a franchise system in 2021, according to a report first published by the South Korean news outlet fomos. All current LCK teams have submitted their application. But also FaZe Clan, NRG eSports as well as the Pittsburgh Knights are trying to get a spot in the arguably most prestigious LoL league worldwide.

Overall 25 organisations have already applied for a spot in LCK. All ten current LCK teams are among the applicants as well as all eight teams playing in South Korea’s second division, Challengers Korea (CK). Aside from these teams the report mentions FaZe Clan, NRG Esports, Pittburgh Knights, World Game Star, Tresasure Hunter and two unnamed organizations as candidates.

While FaZe Clan has no prior history with professional League of Legends, the organization just spent around $25 million to get their brand into the Call of Duty League. Aside from their participation in this franchise they are also competing in other popular games such as Counter-Strike and Fortnite. 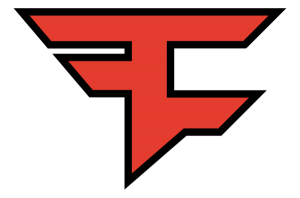 Unlike FaZe Clan, NRG Esports has a well-known past with the game already. The organization founded a LoL team in late 2015 to participate in NA LCS. After one year the team got relegated and sold their spot in the Challenger Series. Ever since NRG left LoL, it became one of the big players on the market. Now it apparently wants to return to the most watched esports in the world.

Another notable applicant are the Pittsburgh Knights that are already an established organization in Rocket League as well as Rainbow Six Siege and Players Unknown Battlegrounds Mobile. The knights are backed by the American football franchise Pittsburgh Steelers and the American Rapper Wiz Khalifa.

Organisations interested in joining LCK can send their application to Riot by June 19. The developer will announce the partnered teams around September this year. With establishment of a franchising model in Korea, every major League of Legends league will be operated with a partner model.

Would it be the right call for FaZe and NRG to step into the LCK? Join the discussion on Social Media or our Discord!

You want to help improve our site? Leave your feedback over here.