On Sunday Henry “HenryG” Greer was accused of sexual assault and emotional abuse by his ex-girlfriend Kelly Jean. The CS:GO caster and former professional player has now come out with a response, which he shared on his personal Twitter page.

According to HenryG the events of the New Years Eve night Jean mentioned played out differently than she makes it seem. In his version of the events, it was Jean who initiated sex. “She came to my house and asked to smoke some weed with me. I was already high but had a much stronger tolerance and so was reluctant for her to take any as I know it doesn’t always agree with her. After she smoked some, she initiated sex. Part way through she said she was feeling too unwell to continue and so we stopped. We then both spent the night awake, her feeling unwell and me to keep an eye on her.”

HenryG proceeds to show various WhatsApp screenshots where he and Jean discussed the situation later and said that everything that happened that night was consensual. “It is absolutely understandable that she may have experienced trauma in connection with the events of New Year’s Eve. However, what happened between us was consensual, and ended when she decided she did not want to continue.”

Moving on from the sexual assault accusations, HenryG accuses Jean of forcing herself on his property wanting to talk about their relationship. Once again, HenryG says there was no talk of any sexual abuse. “As Kelly was clearly in distress, my current partner and I eventually decided to defuse the situation by having a group conversation at my home. We discussed details Kelly has shared in her own statement, but no allegations of assault were made. It was a difficult but necessary conversation, and I came away with a deeper understanding of the mistakes we had made as a couple, and the ones I had made personally.”

HenryG also says Jean has persistently and continuously tried to contact his partner, family and colleagues to get in touch with him. He also points to a Tweet (Kelly Jean’s Twitter has been privated since) where Jean says she wouldn’t have published her accusations if HenryG didn’t block her on Twitter.

Closing out his statement, HenryG once again denies any accusations of abuse. “In the past two years, I have lived under the threat of Kelly divulging details – whether true or not – of our relationship. As previously mentioned, I was not able to be the perfect partner during our time together, but I was not an abusive one.”

Kelly Jean has since responded to HenryG’s statement, but privated her Twitter shortly after. In the post she denies initiating sex. “He LITERALLY acknowledges that he knows it (marijuana) does not agree with me. Why the Hell would I initiate anything if he knows this – when I’ve stated I am too high, when the room is spinning and I feel bad?” She also reaffirms she never used the word ‘rape’ and points out how HenryG never addressed and responded to her original accusation. 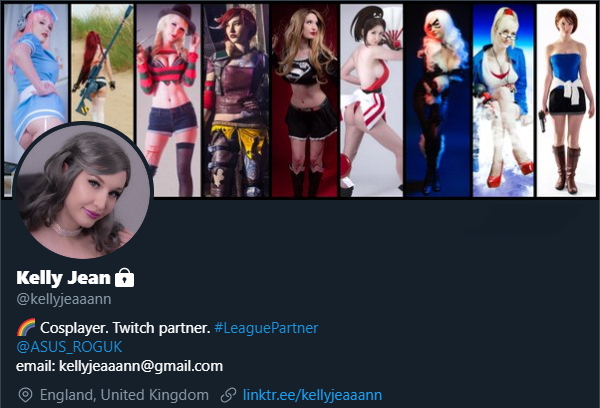 To close out her Twitlonger post, Jean talks about her disappointment when it comes to HenryG’s response. “You literally ignored every single thing I wrote about verbal, emotional and mental abuse and all of the lying and cheating then say you weren’t abusive. On a personal level this is just disappointing and just further confirms that you haven’t changed. That other women have come to me telling me their stories of you being awful and inappropriate justify my reasons for originally posting and I stand by that.”